I decided one weekend to become acquainted with the new Minelab CTX 3030 and coming from  a GPX background thought it might be a bit of a challenge.

I spent some time in the front yard and pulled a number of decimal coins that other detectors had missed.

I found with a few small tweaks I was able to use the machine quite effectively.

Later that day a good friend who has a home handy man service, called me to say a friend of his had lost a very sentimental (and expensive) gold and garnet crucifix and asked if I could run my detector over the area to try and find it. I explained I had the latest Minelab machine to try and he was quite excited.

We arrived at the house and after some small talk I was escorted around the back to the remains of an old fire pile, 20 years worth in fact…..

It was littered with melted metal scraps and blobs and general debris. From my brief experience with the Minelab CTX 3030 I had worked out the gold cross would likely give me a low tone, so off I began. There were targets left, right and center and I feared I would not find the one I was after.

4 minutes in and I came across a different and distinctly low tone. I scraped some debris away, and there it was gleaming at us.

The owners looked on in amazement as I produced the crucifix- probably looking as stunned as I!

That was a great feeling to reunite such an exquisite piece of jewellery with its owners and is testament to the capabilities of the Minelab CTX 3030  even in the hands of a new user! 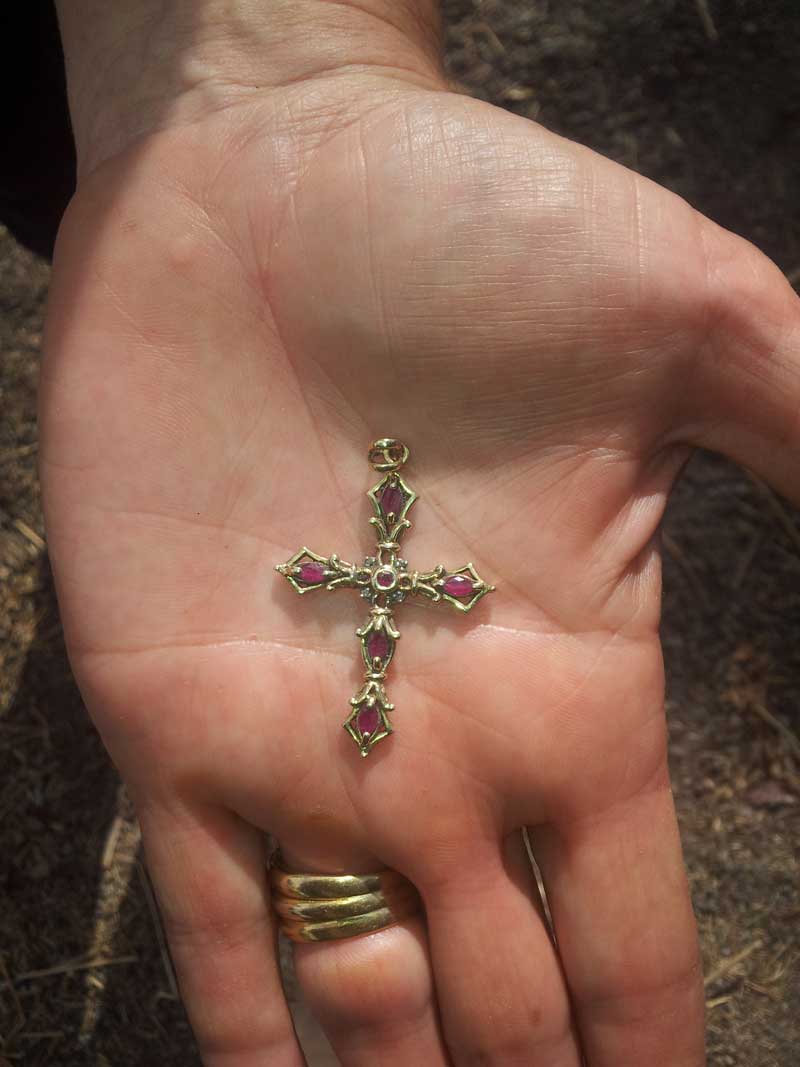 The lost crucifix which was found with the Minelab CTX 3030