Perfect weather, soft ground after the rain and a new Minelab GPX 5000 metal detector. What more could you ask for?

I began my 2nd outing with the Minelab GPX 5000 in an area that has been flogged like a dead horse for 20yrs or so. Coupled with an 8″ Minelab coil and Rooster Booster, I was amazed how smooth and quiet the machine was running. I picked up many minute fragments of old tin cans and bits of wire all of which had been left behind by other operators.

After a few hours of no luck I switched to a 14″ x 9″ Nugget Finder and went looking for some new ground. Again the machine performed wonderfully and the shotgun pellets were coming thick and fast, but alas the yellow still evaded me.

The day was getting on so my detecting partner and I decided to try one last spot on the way home. It was getting late and still no gold. We decided to call it quits and we were walking back to the car, me swinging casually, and I got a good drop tone signal.

I began to dig and dig and dig – the target now screaming I began to get excited. Still more digging and a white clay began to emerge, then the target was out. the light was now fading as I knelt down to isolate the target, my mate watching on eagerly. Then I saw it……

I picked it up – it was heavy, a good 6 grams. I wiped the dirt off – it was gold!!! We both began to laugh and enjoy the moment.

I then made the mistake of looking closer at the nugget. Something was odd about it, so I scratched it…….

Some dirty bugger had painted a nugget of lead with gold paint!

I have heard many prospectors joke about that, or even the ‘dick head’ tokens in Victoria, but I never thought I would be unlucky enough to find one of these detecting jokes! 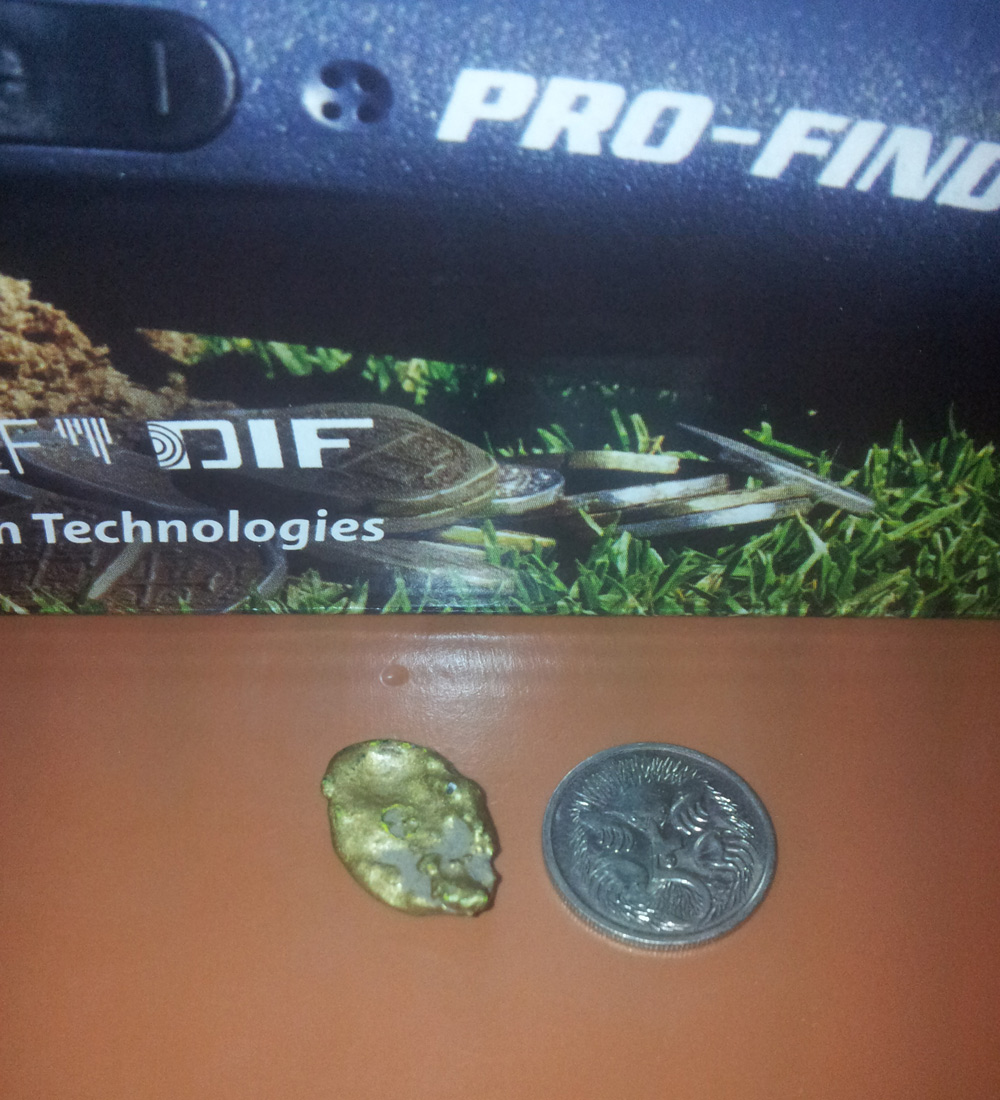