The area we chose to try out our new Minelab SDC 2300 detector in the W.A. goldfields was freshly chained when we first detected it three years ago. The chain man left about sixty small pieces for us at that stage. We recovered a few more pieces the following year, and just four more this winter. It was covered with hot rocks, both large and small.

We created some flags from wooden skewers and white tape, to mark all targets identified by the SDC 2300.  These eight spots were then detected with the GPX 5000, in Fine Gold setting, and using a 12 x 7” Nugget Finder coil (the smallest we have).

Three targets were small junk items (tin, tack and wire), all easily recognized by the GPX.

The other five were gold, three of which could not be heard, and the other two much quieter and harder to identify, than with the SDC 2300. Notably, in the three hours detecting here, the GPX 5000 did not have any luck.

The largest nugget, 0.6 grams, was only three inches deep, but masked by cricket ball sized black hot rocks, and was not picked out by the GPX until the rocks were kicked away, but  obvious to the SDC 2300. The total weight for the 5 pieces was 1.5 grams.

This new tool in the prospecting arsenal will not replace our GPX 5000 detectors, but allow us to retrieve a little more colour from worked out areas, particularly in hot and variable ground.

After a very promising first day with the SDC 2300, we are looking forward to trying it on a number of other areas that have produced multiple small nuggets both here in W.A. and back home in Victoria. 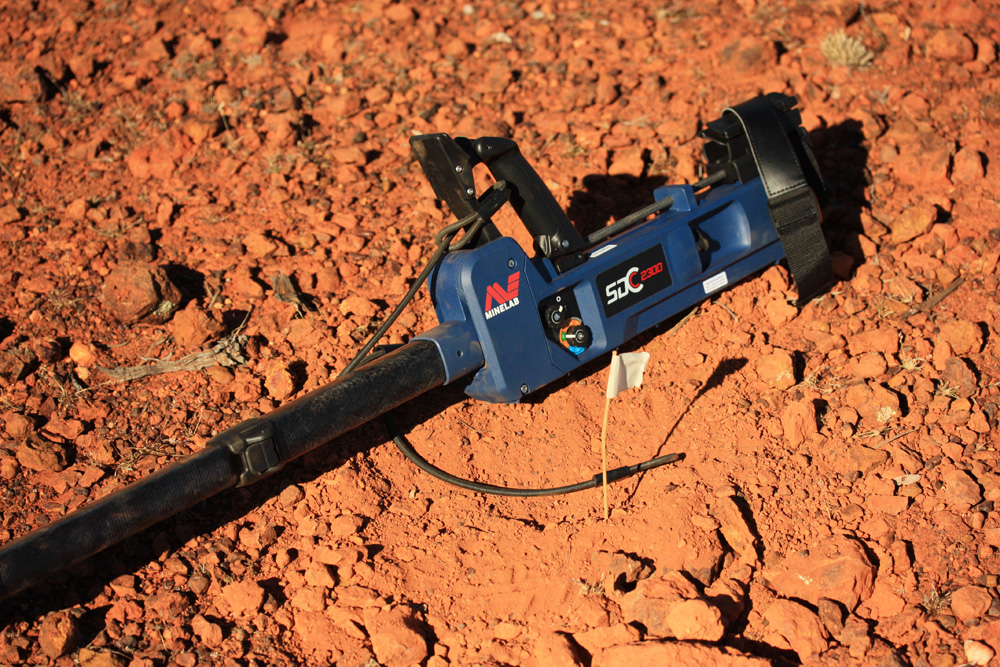 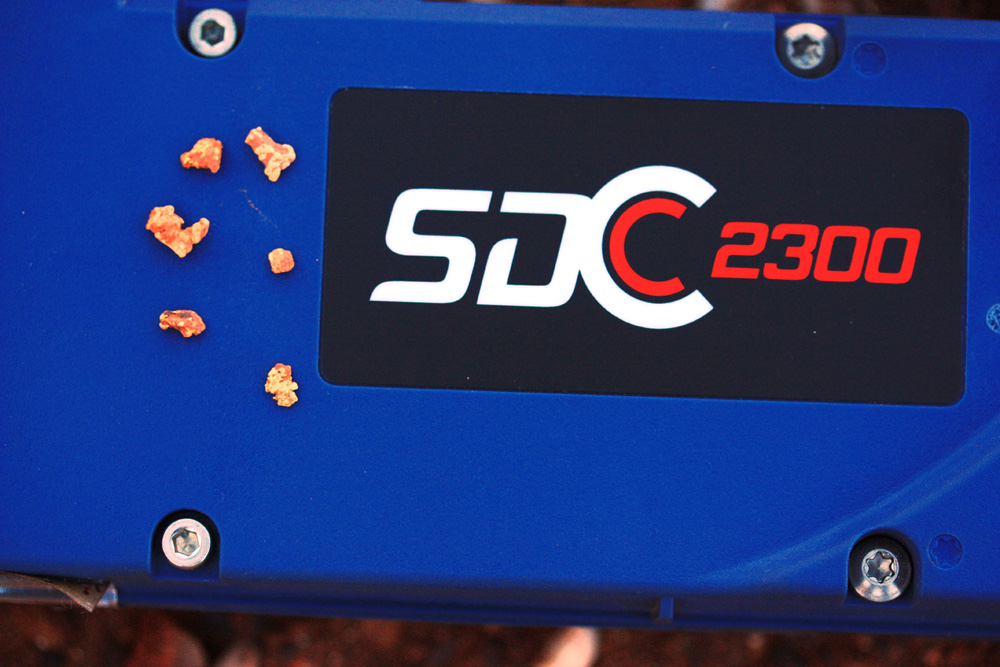