A regular customer came into the Miners Den Sydney Shop recently.  He was using his Minelab GPX 5000 metal detector over in WA and found some nice gold nuggets for his efforts.

He’d just returned from Kalgoorlie where he took a short paid trip with a guy who recently set up a day-trip company.

The larger nugget was pretty much right on the surface and weighs a little over 7 ounces.

He saw the soil shift just as his pick went into the ground and glimpsed the gold colour of the nugget as it moved slightly.

One of his other smaller nuggets was also a sunbaker (the second largest of the smaller ones).  This is his second 7+ ounce nugget found on his second trip over there. 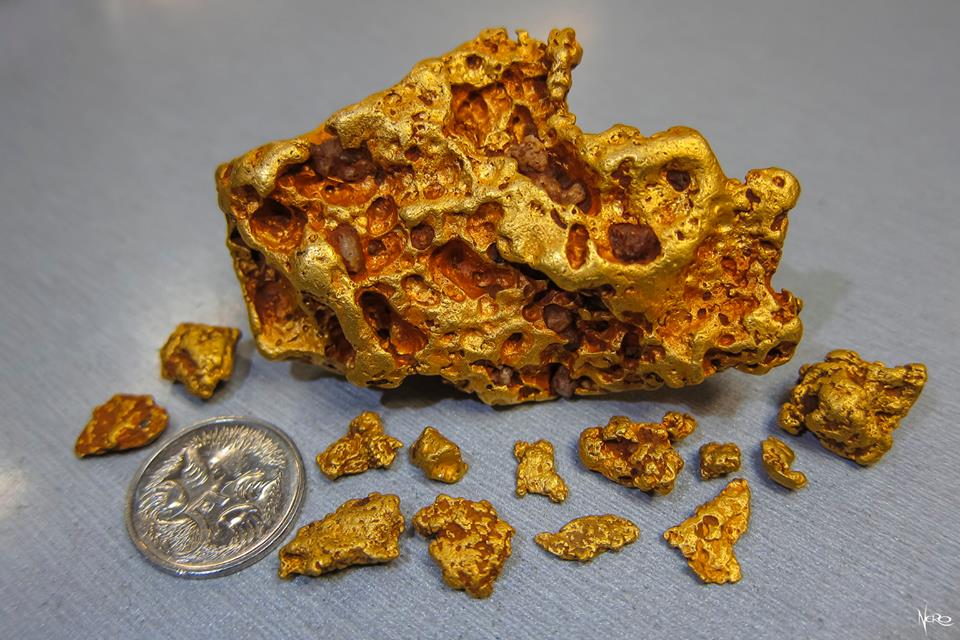