This find is one of my favourite Cricket Belt Buckle finds. I found it in Castlemaine, in the ruins of an old miners hut with many Chinese coins right beside it. Everything on the Buckle was intact – loop and clasp which is unusual as most of them were thrown, dropped or lost because a part had broken.

Interesting to note where the belt buckle was found as these belt buckles were for English people so it’s unusual it was found with many Chinese coins.

It wasn’t until I had returned home and a bit of harsh cleaning and scrubbing was done, that the find was revealed as a cricket buckle with its centrepiece.

This great find was uncovered with a Minelab E-TRAC Metal Detector and I also found an Eaglehawk gold office token at the same site. 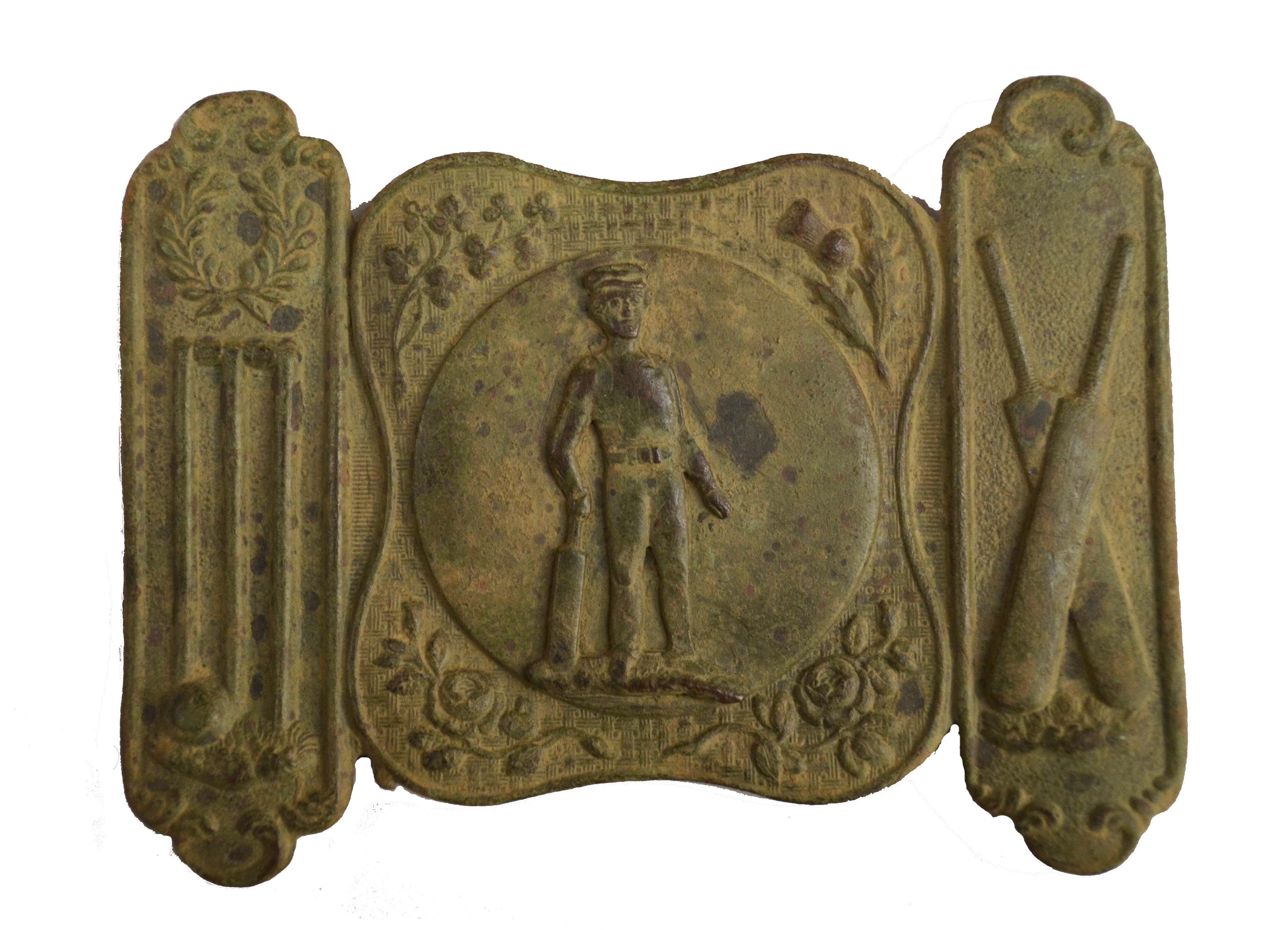